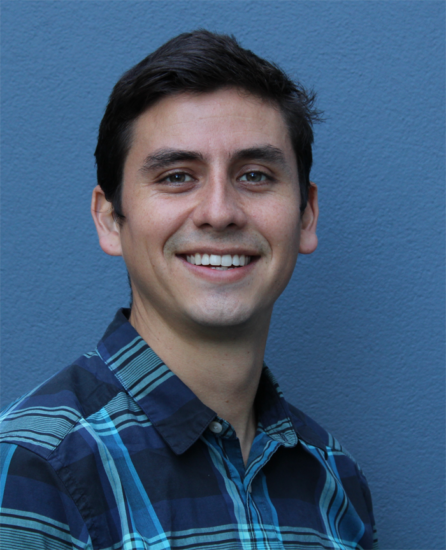 Isvar Cordova has been at the ALS since February 2016, working at Beamline 11.0.1, the resonant soft x-ray scattering beamline. Cordova is developing in-situ capabilities that are enabling a new way to monitor physical and chemical processes taking place at interfaces critical to the performance of various organic and inorganic materials. We sat down with him to talk about his background and what he’s enjoying about his experience at the ALS.

I came to the ALS straight from grad school at Duke University. What really made me want to join the ALS was my interest in the project that my current team is working on combined with the strong collaborative vibe I felt when meeting various scientists from the ALS and LBNL. Even though my background wasn’t in synchrotron science, it was an exciting new way to approach the materials science research I’d been doing. I was an electrical engineering major at Duke, but mostly worked on inorganic materials science and electrochemistry, focusing on energy storage and conversion materials like nanostructured supercapacitors and photoelectrochemical cells. Now, I’m working closely with Cheng Wang and Alex Hexemer here at the ALS; their research backgrounds are very different from my own and its been great to widen my breadth of knowledge.

What are you enjoying most about your ALS research right now?

The fact that we’re developing a relatively new technique and expanding it to a broad range of applications where it’s never been used before. I think it has the capability to create a whole new way of looking at these materials, especially since we’re enabling in-situ/operando studies. Although our beamline prides itself on its ability to use soft x-ray scattering to characterize organic materials, there’s a lot of potential that I don’t think has been fully explored to apply resonant scattering techniques to inorganic materials. I really feel like I’m at the forefront of something new that will impact a lot of different fields for years to come.

I also just really like the people and the culture at the ALS. Everyone is so approachable and welcoming. I love the multicultural aspect of the Lab; after being in a small town in North Carolina where I was often the only one with an unusual name, it’s pretty refreshing.

Did you always know you wanted to be a scientist?

I always did love science, but I struggled with confidence in my own ability to be a scientist. I studied physics as an undergrad at UNC, but didn’t see myself as disciplined enough to give it the necessary focus, so I actually switched to economics as an undergrad. I decided after college that I wasn’t happy in that field and went back to undergrad to finish my physics degree. By that point, I think I was mature and confident enough to know that physics was what I wanted to do.

Where did you grow up?

I was born in Venezuela, but grew up in Bolivia. My dad is Bolivian, but my mom is actually Irish. We moved to North Carolina when I was 12 because my father was having health issues; we had some family there and my mom wanted me to go to a better secondary school. It was a complete social flip because we were relatively well off in Bolivia, but with all the medical bills and cost of living in the U.S., it was very different for us in North Carolina. Fortunately, because my mom was Irish and she’d always spoken to me in English, overcoming the language barrier was not much of an issue for me when I moved.

What challenges did you have to overcome to get where you are now?

I’m an immigrant from South America, so I didn’t have a green card as an undergrad, which was a big hurdle because there are a lot of scholarships and sponsorships that you can’t qualify for without a green card.  So I volunteered my time at local labs to get some experience. I actively reached out to universities in North Carolina after I’d earned my undergrad degree in physics. I had to do some convincing because my physics grades historically hadn’t been great and I’d finished my undergrad work at NCCU (North Carolina Central University), which is an HBCU (Historically Black College/University) that didn’t have a big name or reputation in the sciences. My perseverance eventually paid off when I got a summer internship at Duke University and gained an opportunity to make a first-hand impression with professors there with my work; they eventually invited me to apply to Duke for grad school.

I still struggle with confidence sometimes, and I think many others do too. It’s that “imposter syndrome” where you just feel like you don’t actually deserve what you’ve achieved, that perhaps it is just luck. I feel extremely fortunate to be at Berkeley Lab and try to use this emotion to help fuel my work ethic.